Eager to feast on Asian food more fulfilling than the couple of fiascos at Lulu’s and Orient Express, I took the short bus ride down to Forbes and Murray, then proceeded down Murray to take a brief tour of the shops and restaurants around. After scarfing down a reasonable bibimbap at Green Pepper, I stopped by a nearby cafe/pastry shop and this post’s contender, Bubble Pi. It’s a somewhat cramped shop with not much seating, but the owner was quite nice. After a bit of small talk, I ordered a standard PMT and an egg tart. (If you were wondering, the egg tart was pretty bad, with an weird and overly sweet filling.)

Unfortunately, the PMT was yet again a disaster. The milk tea tasted about as awful and artificial as that offered by Orient Express, perhaps as a result of leaning more towards sweet treats rather than caring about the tea itself, as a pastry shop or bakery is wont to do. Even worse, the pearls were both few in number and unpleasant in texture. (I don’t remember exactly how, since my memories seem to have been repressed. Ugh.) This PMT was similar to the abomination produced by Orient Express earlier, and I would discourage all but the truly brave and foolish from consuming it.

(Part 3 of my PMT adventures in Pittsburgh. Check out the rest!) 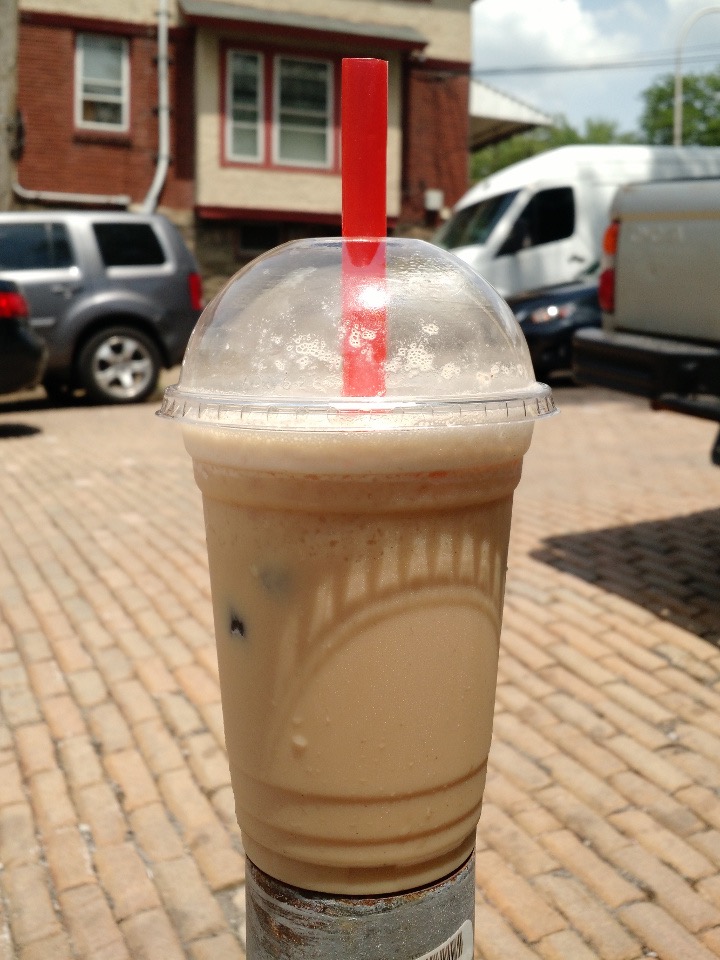 The three PMT drinks in Pittsburgh I’ve reviewed so far ranged from merely mediocre to absolutely awful. But I just started with the ones that I thought were bad, based on Yelp reviews. Here, we look at one of the more promising candidates I put on my list.