After receiving my PMT, I took a sip and almost started to regret my decision to willingly undergo an experiment in which I would likely consume terrible PMT. Even looking at the photo (which turned out pretty well for my phone’s camera) was more pleasant than drinking this PMT.

The milk tea tasted awful, as if someone had put almost-expired milk and sugar together, then added some coloring to make it look like there was tea in there. It was milky and creamy, sure, but there was no sign of tea that I could discern. The pearls were horrific as well; they felt almost hollow and every bite felt like I was eating styrofoam.

After grudgingly working my way through most of the drink, I decided that I just couldn’t finish it and threw it away in disgust. Never get PMT from Orient Express, unless you want to waste a few dollars on an abomination that merely resembles PMT. This was one of the worst “PMT” drinks I’ve had the displeasure of tasting.

(Part 2 of my PMT adventures in Pittsburgh. Check out the rest!) 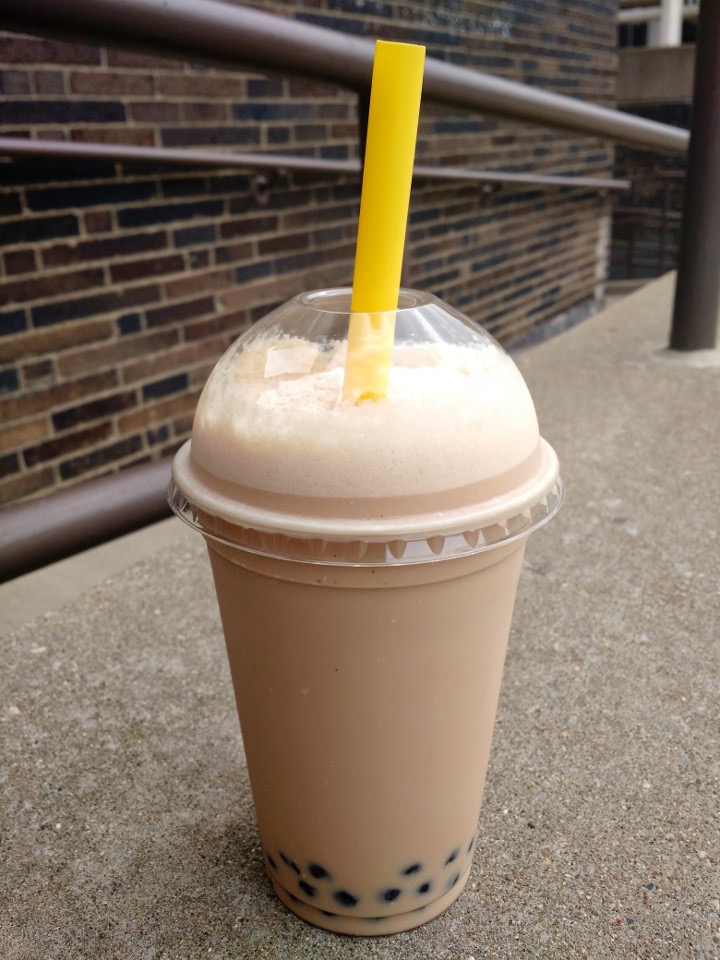 The summer PMT adventures begin again in Pittsburgh! Last summer, I took a bit of a tour of PMT-serving establishments in and around Atlanta while I was participating in a summer research program. Now, I’m a summer researcher at CMU, and I’m going on another quest for PMT. This time around, I’m being a bit masochistic by first trying some of the worst candidates, based on Yelp reviews.