The three PMT drinks in Pittsburgh I’ve reviewed so far ranged from merely mediocre to absolutely awful. But I just started with the ones that I thought were bad, based on Yelp reviews. Here, we look at one of the more promising candidates I put on my list.

Rose Tea Café is a Taiwanese café and tea shop with two locations in Pittsburgh: its main location in Squirrel Hill and a smaller shop (offering a condensed menu) in Oakland. Naturally, I went to both locations, and ordered a meal with a standard PMT at each of them.

I wasn’t impressed with the lunch special I’d ordered at the Oakland shop, but I more-or-less picked it at random, so I imagine there’s better fare available there. On the other hand, the Taiwanese chunk chicken I got at the Squirrel Hill location was excellent, and I’d get it again if I had the money.

What of the PMT? It was definitely a relief, especially after the previous ordeals. The PMT at both locations tasted pretty much the same, despite the different presentations that you can see in the image.

I liked the milk tea a lot, and it was reasonably comparable to some of my favorites in the Bay Area. The tea flavor was moderately strong for a PMT drink, and while the milk tea was sweet, the sugar level was moderated well enough to not overwhelm the tea.

Unfortunately, the pearls didn’t quite meet my expectations, as they were just too firm for my comfort level, providing a little too much resistance. (After trying their PMT a couple more times, the pearl texture appears to be inconsistent; a couple of times, the pearls were too soft, but still not quite right for me.) That being said, they were still acceptable, especially alongside the strong milk tea.

My verdict is that, overall, this shop makes a fairly reasonable standard PMT, unlike its predecessors in this review series. Thankfully, hope is not lost for PMT in Pittsburgh!

(Part 4 of my PMT adventures in Pittsburgh. Check out the rest!) 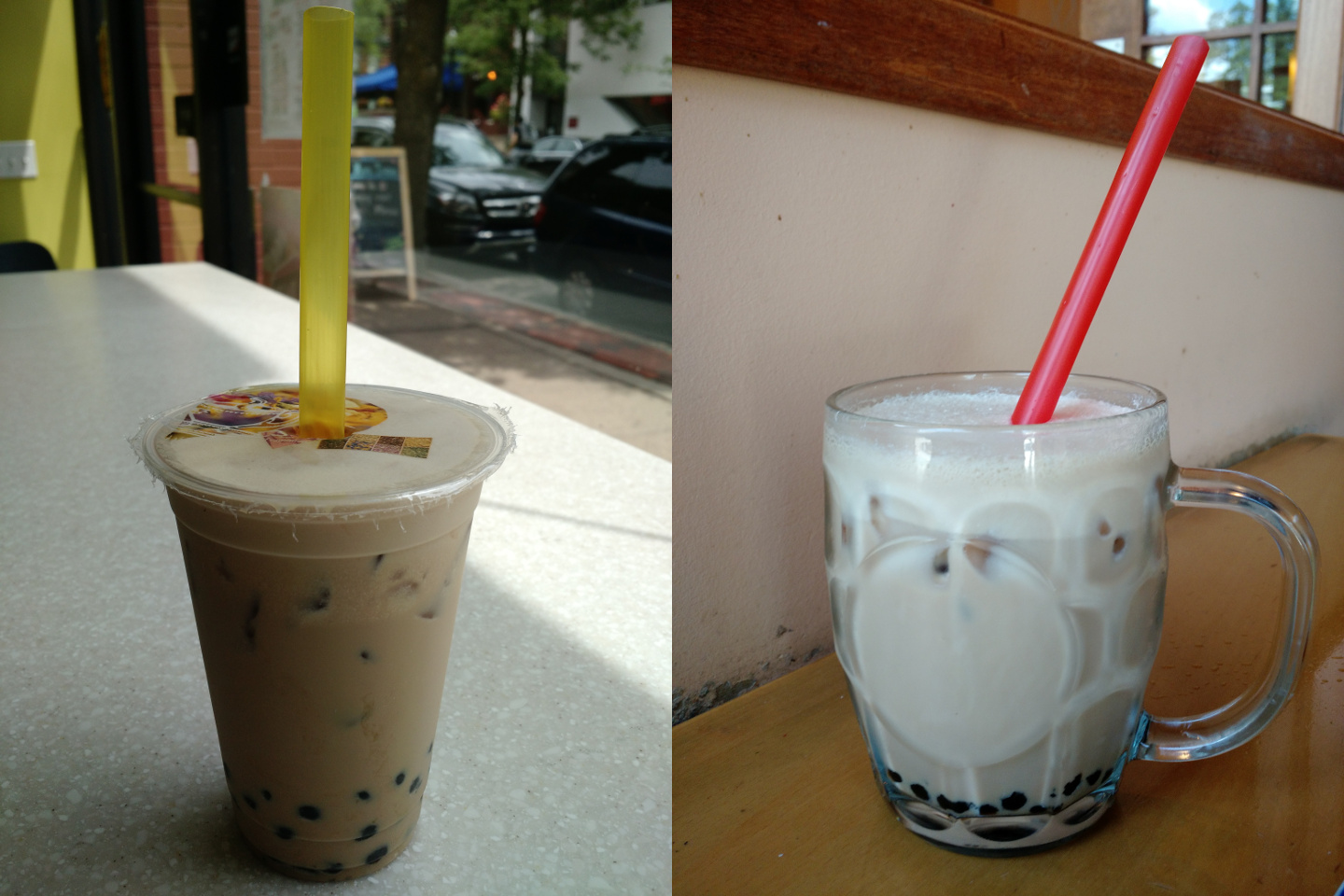 After successfully finding a more-or-less decent PMT in Pittsburgh, I began searching more for Asian food than for PMT, as there weren’t many other notable options on my list left to explore. Browsing a few more reviews, I noticed that one restaurant that hadn’t made it onto my list before actually had a number of reviews with some opinion (whether good or bad) on the PMT.