A Guide to Tea-Serving Establishments in Berkeley

When I started as a student at UC Berkeley, I definitely didn’t think that tea would become a large part of my life. Four years later, heading to a tea shop is now a fairly common occurrence, and I’ve tried most of the many tea-serving establishments in Berkeley. Thanks to the wide variety of tea that Berkeley offers, I now have, er, opinions and standards, and I hope to help people with tastes similar to my own avoid mediocre teas.

Before we start, a couple of notes:

These are the main places I would be willing to recommend, accommodating both those who care about having a stronger tea flavor, as well as those who favor milkier or sweeter drinks.

My favorite tea shop in Berkeley, and the clear winner if you care about your drink tasting like tea. Highly recommended. (Tip for drinks with boba: stir your drink, since the sweetness isn’t evenly distributed, due to the sugar syrup that the boba is steeped in.)

Asha has a decent amount of seating, but it’s popular enough that it can be hard to find a seat sometimes, and there aren’t many power outlets. There’s definitely a hipster aesthetic here, with appropriate music (which, thankfully, isn’t loud enough to be distracting).

Special note! Asha became my home away from home during my studies, and it’s my favorite place to be in Berkeley. I have a multitude of memories here, from frantically putting together notes for exams to unexpectedly running into friends. It has also ruined me for most other tea shops, but that’s OK. 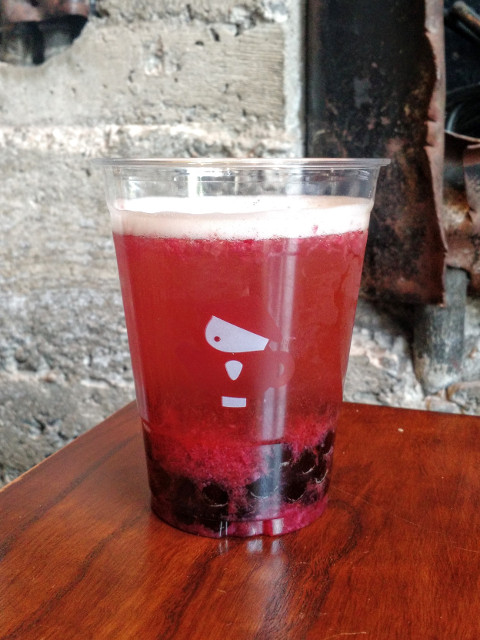 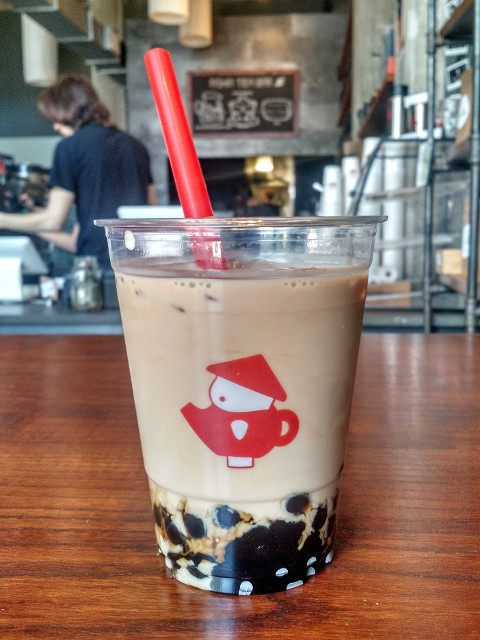 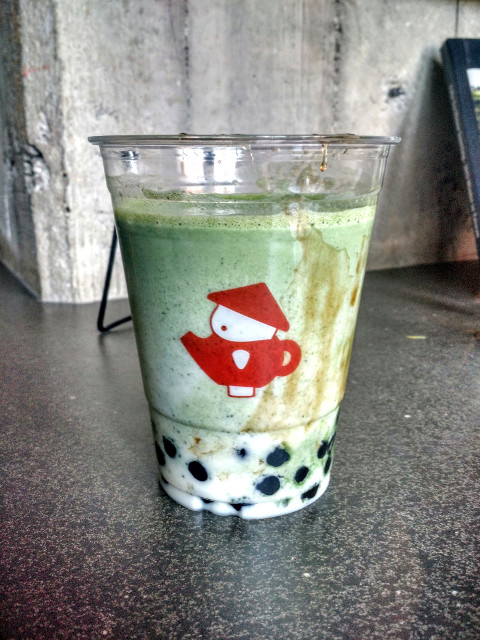 Go to U-Cha if Asha is too far, or if you really want some of the random toppings/flavors that aren’t at Asha (e.g. tofu pudding, Thai tea, fresh milk drinks). Tastes less artificial than most of the other tea shops around campus.

U-Cha isn’t a big place, but it has about the same number of accessible power outlets as Asha, so it’s convenient if you want to sit there all day. The shop has a pretty simple, clean design that doesn’t particularly stand out. The music (and sometimes other patrons, but mostly the music) can be pretty loud, which is kind of annoying. 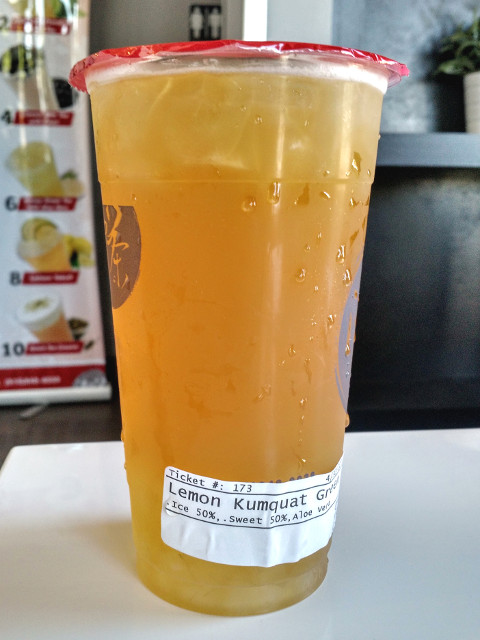 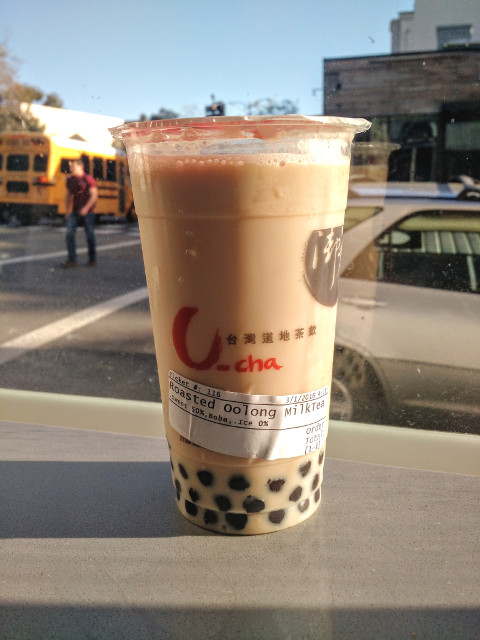 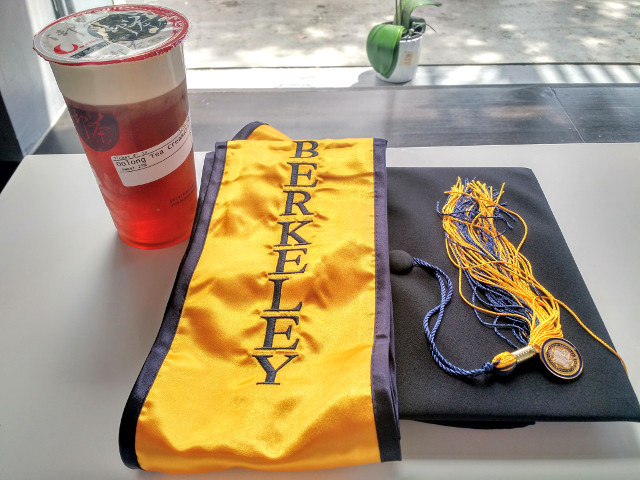 Artificial stuff, but better artificial stuff than most of the other tea shops around campus. For some reason, it’s pretty popular. (Maybe because it’s closer to the dorms than Asha or U-Cha.)

Sharetea has about the same amount of seating as and fewer power outlets than U-Cha, though it’s fine if you sit here for maybe an hour or less. It can get pretty crowded after student events or right after class, but finding seats during off hours isn’t hard. 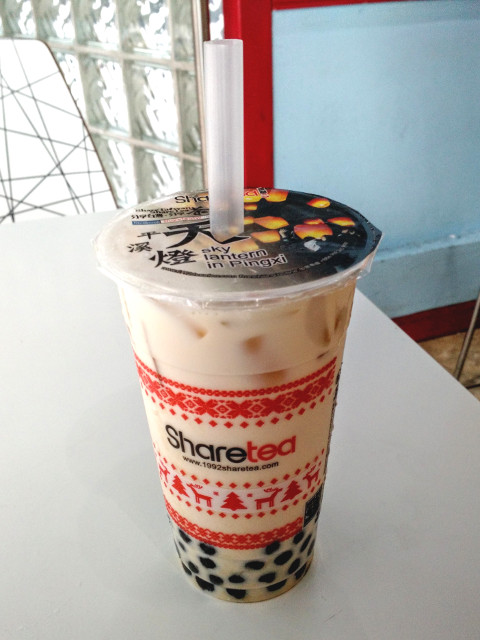 These are unranked due to not having tried enough teas or not having many options, but at least one of the drinks for each of these was notable. Proceed with caution.

In addition to bread, pastries, and cakes, they have drinks! Asha is right across the street, and is significantly better for tea, so I usually don’t bother with tea here. The sea salt teas are pretty interesting (your mileage may vary, but I like them), which is what landed 85 on this list. Be warned that the milk tea is disgusting and the fruit tea is mediocre. (Apparently the sea salt coffee is quite popular, but I don’t do coffee. Sorry!)

I’m a fan of their Hong Kong milk tea. Their cold version has a ton of ice which really waters it down (though I haven’t tried asking for no ice), but if you get it hot, it’s great. They’re a restaurant, so they don’t serve much else that’s relevant to this post, but that one drink is a solid choice if you’re hungry as well. 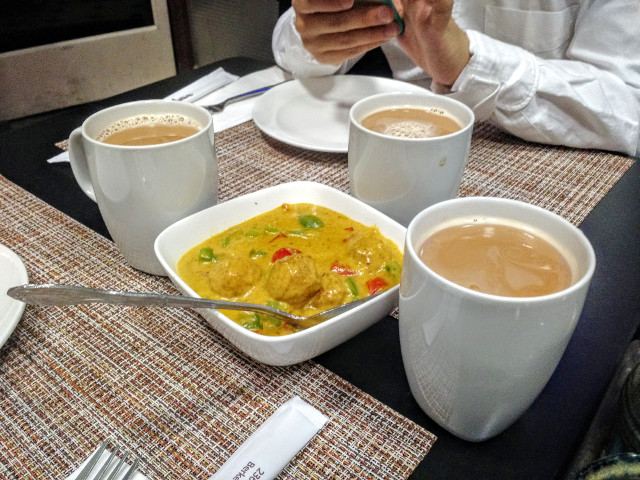 Their standard pearl milk tea is very cheap (at least it was the last time I checked), and the pearls are quite good (but the tea is rather nondescript). Good if you’re on a budget and need a fix. There isn’t really much space to sit here. Another shop notable for having cheap and reasonable PMT is Tea Press, on Bancroft, but they’re not quite as good.

This shop just opened up in the last few weeks, so I haven’t visited very much. They have at least one drink that’s pretty good: the cucumber green tea. It was nicely refreshing, wasn’t too sweet, and actually tasted like tea. An extrapolation to fruit teas suggests that those would be promising drinks to follow up on. I don’t recommend the milk tea; based on the one I got, it’s entirely too milky, drowning out the tea. (Maybe it was an off day.) 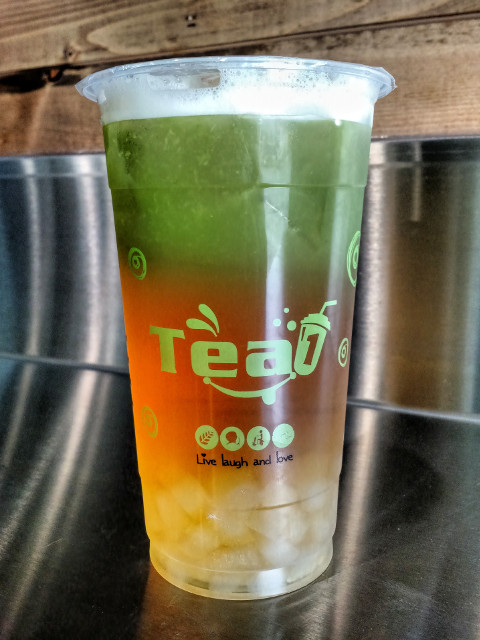 Common reasons: too artificial, too bland, too milky (for milk teas), too sugary, or too close to a better alternative (which I have listed when possible).

There are a few places in Berkeley that serve tea that I haven’t tried, and it wouldn’t be fair to include them in the above listings.

Hunting for My First Full-Time Job: An Overly Honest Reflection

My first rejection from a full-time position was sent to me on August 30th, 2015, for a software engineering position at Uber. It was a form letter; they didn’t care for my resume.